Debt Collections » Articles » How To Use Wage Garnishment To Recover Funds

Unfortunately with the economy in poor shape the number of people who are defaulting on their loans continues to grow. While it is understandable that they are struggling, the bottom line is that companies who loaned them money in good faith need to be able to recover their money. Using
wage garnishment to recover money is one of the most effective ways that a company can use to get back money owed to them. Wage garnishment takes the negotiating out of the equation. It prevents issues caused by missed payments. 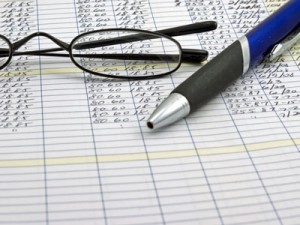 Wage garnishment takes money directly out of the paycheck of someone who owes money in order to pay back a debt. Although wage garnishment is often seen as a harsh tactic, the truth is that if companies don’t recover their money they will end up going out of business. After all other options have failed, wage garnishment is a last resort that can get money back from someone who has repeatedly failed to take care of their debt.

Instead of simply accepting that a debt will never be recovered, companies should use all means available to collect what is owed to them. Collecting on debts can be a long and difficult process. With the many intricate issues that may arise it’s best to hire a company that specializes in debt collection. Although the idea of spending more money to collect on a debt may not be appealing, in the end the additional investment to collect money will be worth it. Debt collection agencies use a variety of tactics to recover funds, wage garnishment is often the last option used.

Collection agencies will go through all of the hard work involved in the collection process allowing you to simply sit back and wait for your money to come back. Although you may not be able to recover the full amount of what is owed to you, collecting some of your money is certainly better than collecting none of it.

Wage garnishment is a process that has been put into place to help safeguard companies from people who are unwilling to pay back what they owe. Should companies have to suffer losses do to people who are unwilling to pay back money that they owe? Of course not. While there are special circumstances that can prevent someone from repaying their debt, chances are that the person who owes your company money has broken off communication. The lack of desire to try to resolve a debt is a common problem with those who end up having their debt sent to a collection agency.

Once someone who owes money has made it clear that they aren’t willing or able to pay back what they owe, you should hire a collection agency to recover your money. A collection agency will pursue all options in an attempt to recover the money that you are owed. When all other options have failed then wage garnishment may be the only effective solution that will enable you to get back your money.